Something Bigger Than The Parts

The modern world is defined most consistently by the change happening in many areas of it – from political and social debates to the rapid technological advancements that make our daily lives easier. In such a dynamic environment, how can we ensure that the right lessons are passed on, by important voices that may otherwise be overlooked?

For the Sum Theatre, a Youth + Us partner in Saskatoon for the last six years, it’s about providing a platform where those voices can be amplified and making sure that audiences have no obstacles to hearing them. It’s about creating connections within the community, and emphasizing the fact that despite our differences, some lessons are capable of fully transcending traditional barriers: cultural, physical, political, social, or linguistic.

“It’s an ongoing relationship, not a commercial equation,” says Yvette Nolan, a playwright and dramaturge (an editor and author consultant on the theatre staff) with the organization. “It’s a constant dialogue with people in the community. And it’s free, which is part of making it accessible.” She highlights the richness of the stories in the theatre and the impact it makes on the people involved – especially those who may be traditionally underrepresented. “One of the tenets of the theatre is creating opportunity, and all of the shows have Indigenous participation as a focal point.”

Yvette – an Indigenous woman, born in Saskatchewan to an Algonquin mother originally from Quebec – is familiar with the struggle to find a real cultural identity and bolster her own voice. To that end, she has found a valuable ally in the theatre and the funding programs that make its work possible, such as Youth + Us. “I can’t tell you how important it is for young Indigenous people to see themselves on stage,” she says. “I never saw my or my mother’s story on the stage until I was an adult. It changes everything.” Now, in a position to tell those stories herself, she makes sure that other children get a chance to see them. “We provide programs and workshops for young people, who otherwise don’t get those same opportunities due to geography or economics. This has made [Sum Theatre] a great fit with Youth + Us. We believe in the same thing: possibility and potential.”

As an example, she points to their Theatre in the Park productions, a yearly run of shows that takes a specific performance throughout Saskatoon (and, this year, beyond into neighbouring towns like Martensville) and stages them in various parks in different neighbourhoods. “We get to make shows that look like the communities in which they take place,” she explains. “Everything we do at Sum makes for a stronger community – ‘bigger than the sum of its parts’.” This year’s show, The Other Side of the River, is a family-friendly musical play about discrimination and racism, written specifically to help communities and conversations grow. “If people aren’t feeling shamed or blamed for the challenges we face around race and culture and identity, maybe that’s the way to move forward,” she says matter-of-factly. “The kids sing along and learn these fun songs, written with these clever seeds that invite them to go home and talk about what it means with their parents. It’s a discussion that grows the whole community.”

This idea of discussion and growth permeates all of Sum Theatre’s operations, too. These range from Youth on the Rise, a four-month drama program that encourages confidence and imagination in young people, to Through the Window, a custom-story-and-soundtrack production that draws on interviews with long-term care residents in order to stage 15-minute performances in courtyards, parking lots, and streets outside care home windows. “The ongoing relationship [with Youth + Us] allows us to plan better and set our expectations for art and artists,” Yvette says. “We’re in a really challenging time, and it’s important to be mindful of the health and wellness of our community. It’s nice to know we’re all pointed in the same direction.”

And now, that direction seems to be one of increasing value for Saskatchewan’s young Indigenous voices. Yvette tells the story of a girl who took a photo of a neighbourhood parade last year and sent it to the theatre staff; they looped her in to create an animated, enhanced version that was part of this year’s parade. “That girl got to see something she had done, transformed into a piece of art,” Yvette says, the smile in her voice apparent. “And that tells young Indigenous people that they can be anything, and do anything.”

In the next article, you can hear about inspiration and hope from Amanda Trapp, the composer and musician behind the songs of The Other Side of the River, this year’s “Theatre in the Park” production. 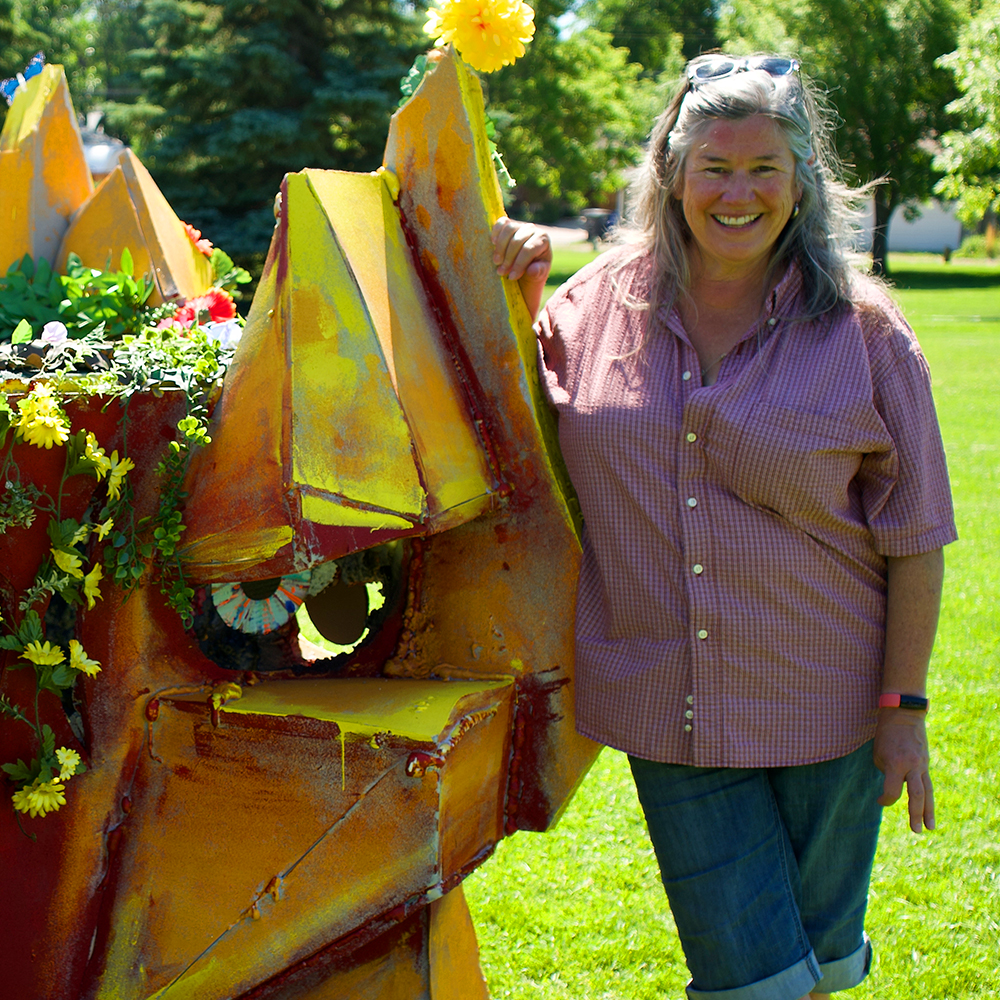 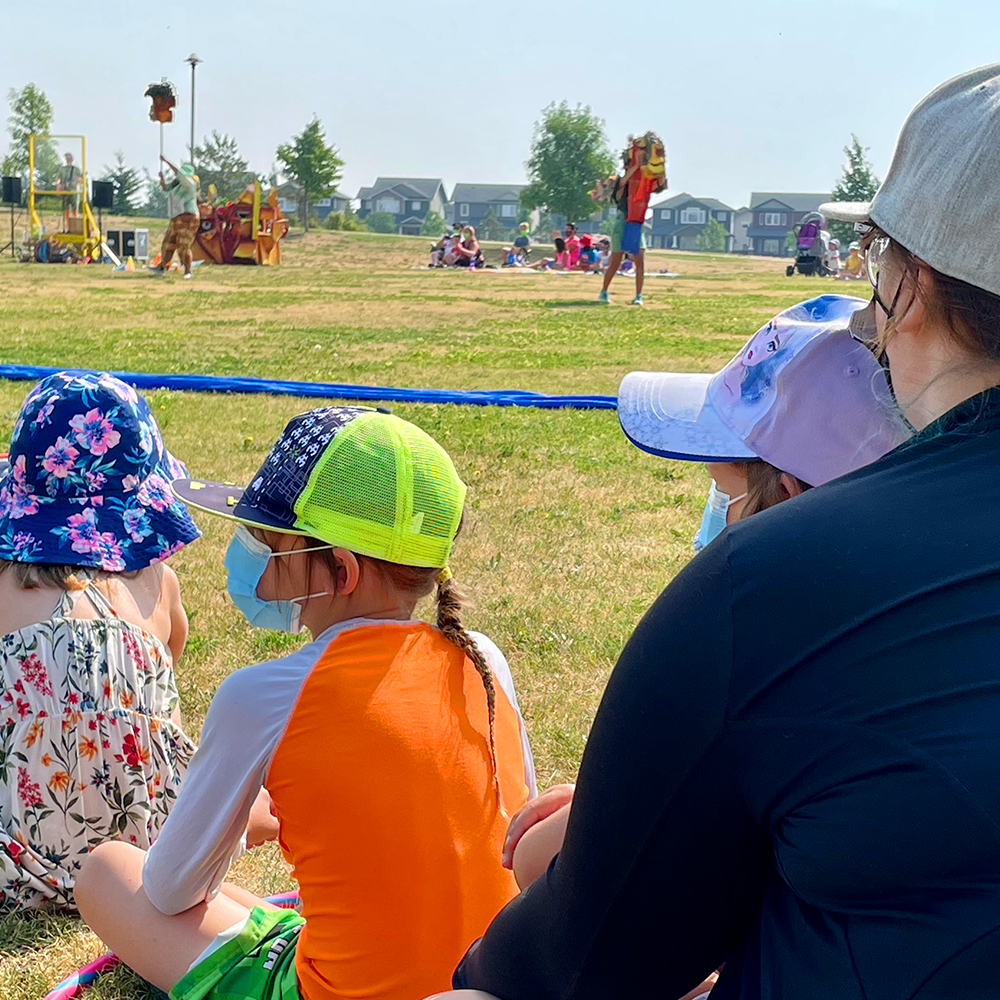 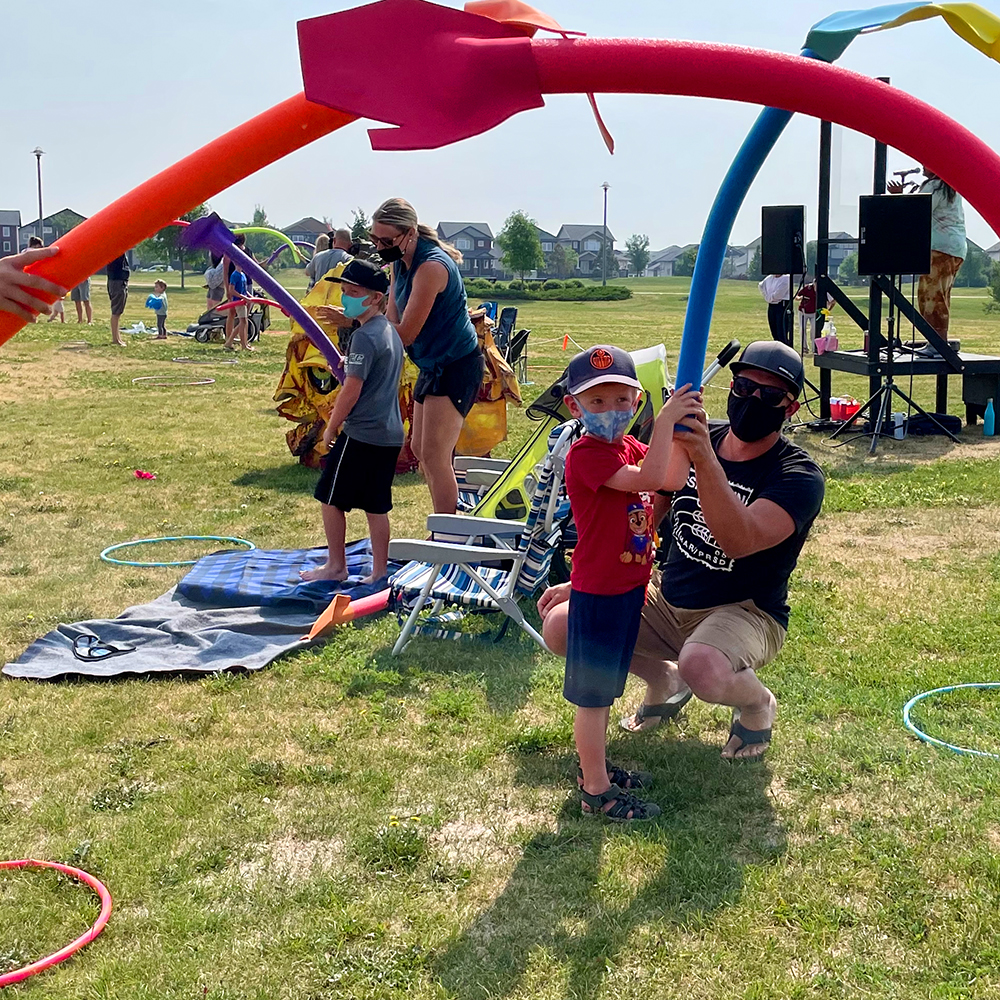