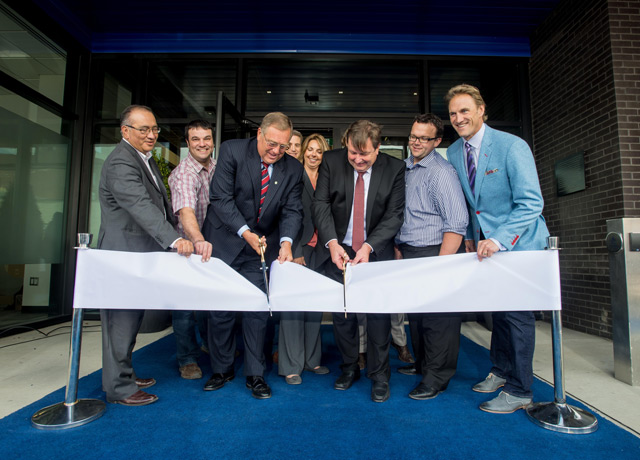 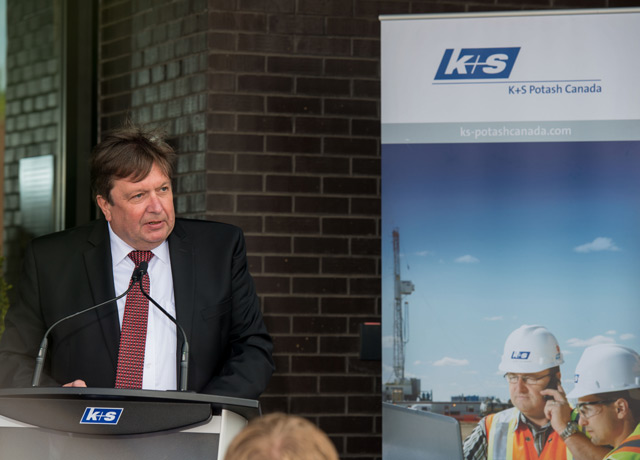 “This is a very important milestone for KSPC, it demonstrates that we have arrived in Saskatoon and we are here to stay,” said Dr. Ulrich Lamp, President and CEO. KSPC has a long-term tenancy agreement with PIC Investment Group, owners of the building where the new KSPC headquarters are located.

“We are thrilled to move into our new space,” said Kim Poley, Vice President of Human Resources and Corporate Services. “A separate KSPC building is a great opportunity to display our signage and build awareness of our long-term presence in the community. I believe the building and its special features will serve as a great recruitment and retention tool.”

The building shell is LEED Silver certified and includes fifty-two heated underground parking stalls, a roof-top deck with a green-roof and indoor bicycle storage with accompanying showers and a change area. The KSPC headquarters were previously located in the CIBC building on 21st Street East.

The corporate office in Saskatoon supports the Legacy Project, a solution potash mine under construction near Bethune, Saskatchewan. Currently the Legacy site has over 1100 workers on site including KSPC employees and contractors.

K+S Potash Canada GP is part of the K+S Group, an international resources company. We have been mining and processing mineral raw materials for 125 years. The products we produce from them are used worldwide in agriculture, food and road safety and are important elements in numerous industrial processes. The nutrients potash and salt are accompanying the megatrend for the future: A constantly growing global population is becoming increasingly prosperous and striving for a more modern standard of living, which results in an increasing consumption of mineral raw materials. We serve the resulting growth in demand from production sites in Europe, North America and South America as well as through a global distribution network. K+S is the world’s largest salt producer and one of the top potash providers worldwide. With more than 14,000 employees, K+S achieved revenues in financial year 2013 of about € 4 billion and an EBIT of € 656 million. K+S is the commodities stock on the German DAX index. Learn more about K+S at www.k-plus-s.com.

K+S is putting its more than one hundred years of mining experience and world-class expertise to work on the Legacy Project, a potash solution mine and production facility being built near Moose Jaw. It will be the first new greenfield potash mine built in Saskatchewan in nearly forty years. Commissioning is targeted for the summer of 2016. K+S projects it will reach two-million-tonnes of production capacity by the end of 2017. The Legacy Project will mean new job opportunities for Saskatchewan workers, and new business opportunities for Saskatchewan companies supplying goods and services to this major economic development. K+S is growing Saskatchewan, while providing the potash that is needed to help feed a growing world population. More information at www.ks-potashcanada.com.