Learning And Growing Together: Joyclyne And NCFC

Regina is a beautiful prairie city, full of nature walks, fun things to do, and friendly people. But just like in any other city, sometimes families need a helping hand, and the North Central Family Centre (NCFC) is always ready with an open door when it’s needed. Over the last ten years, Joyclyne and her three daughters – Tyneesha, Cavetta, and Saige – have all become part of the NCFC community, and have grown up with its strong role models and guidance by their side.

A Friend in Need

“I first heard about NCFC through a friend of mine,” Joyclyne recalls fondly. “That friend used to watch my oldest daughter Tyneesha when she was little, and she was working at the Centre. Tyneesha needed a place to go after school, so she’d take a bus to the Centre and then I’d pick her up after work.”

Being a single mother of three, Joyclyne finds it hard to balance her working schedule with childcare needs. At first, the programming at the NCFC was helpful to Joyclyne as a way to make sure her children had reliable care during working hours – but it soon became so much more. Tyneesha, for example, has blossomed into a talented long-distance runner. Through financial support from the Centre, Joyclyne was able to send Tyneesha to half-marathon meets in Edmonton and even Las Vegas.

“Tyneesha was so excited when she came back from Vegas,” laughs Joyclyne. “Literally bouncing. She had never been before, and she was telling me about the lights and the music.”

At 10, Joyclyne’s youngest daughter, Saige, is now moving from the Littles to the Tweens program at the NCFC. Saige is a quiet girl, but she’s got a big heart. She loves being part of the family at the NCFC, and she looks forward to the after-school programs every day. Through these programs, Saige has made some great friends.

Joyclyne’s middle daughter, Cavetta, no longer regularly visits the NCFC – but in her case, it’s a happy reason. With the Centre’s support, she managed to secure a four-year scholarship to Athol Murray College of Notre Dame in Wilcox, SK, and during the semester, Cavetta stays at the college. “But she tells me she misses the staff at the NCFC all the time,” says Joyclyne, smiling. “Sometimes she comes home just to see them.” 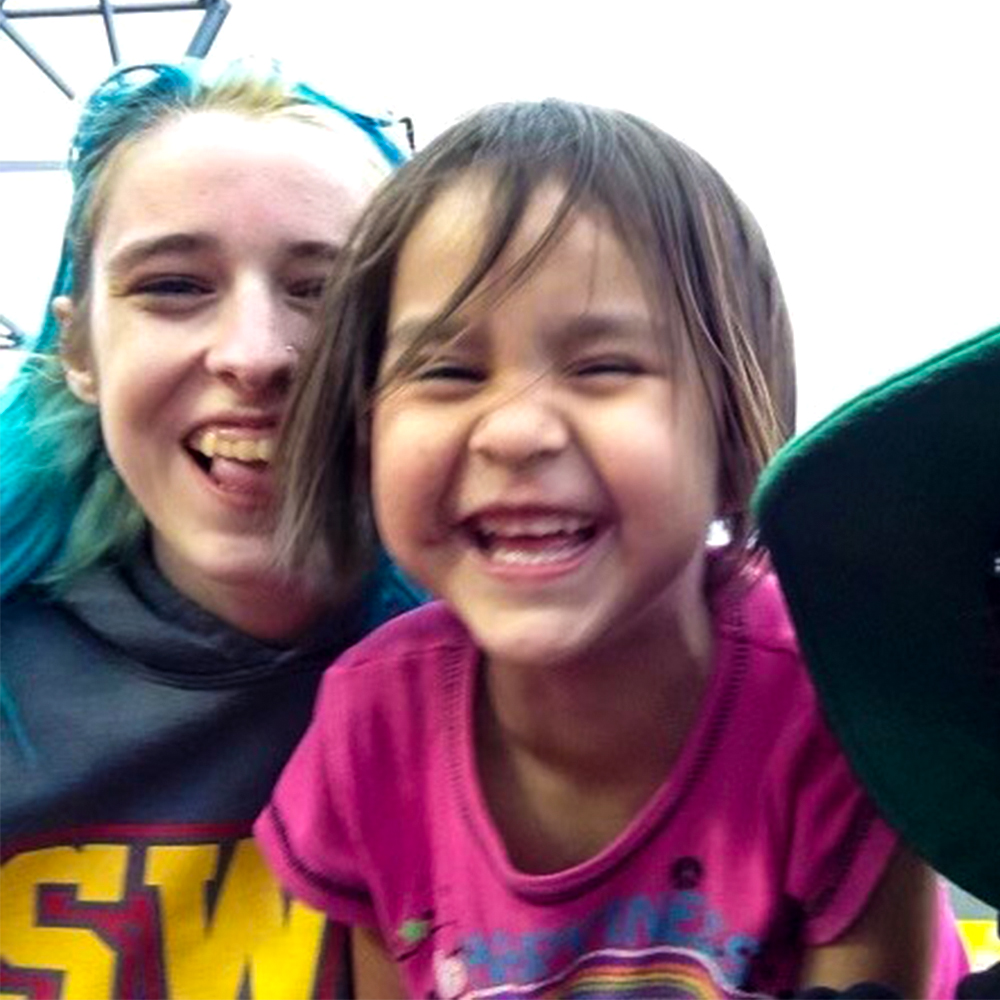 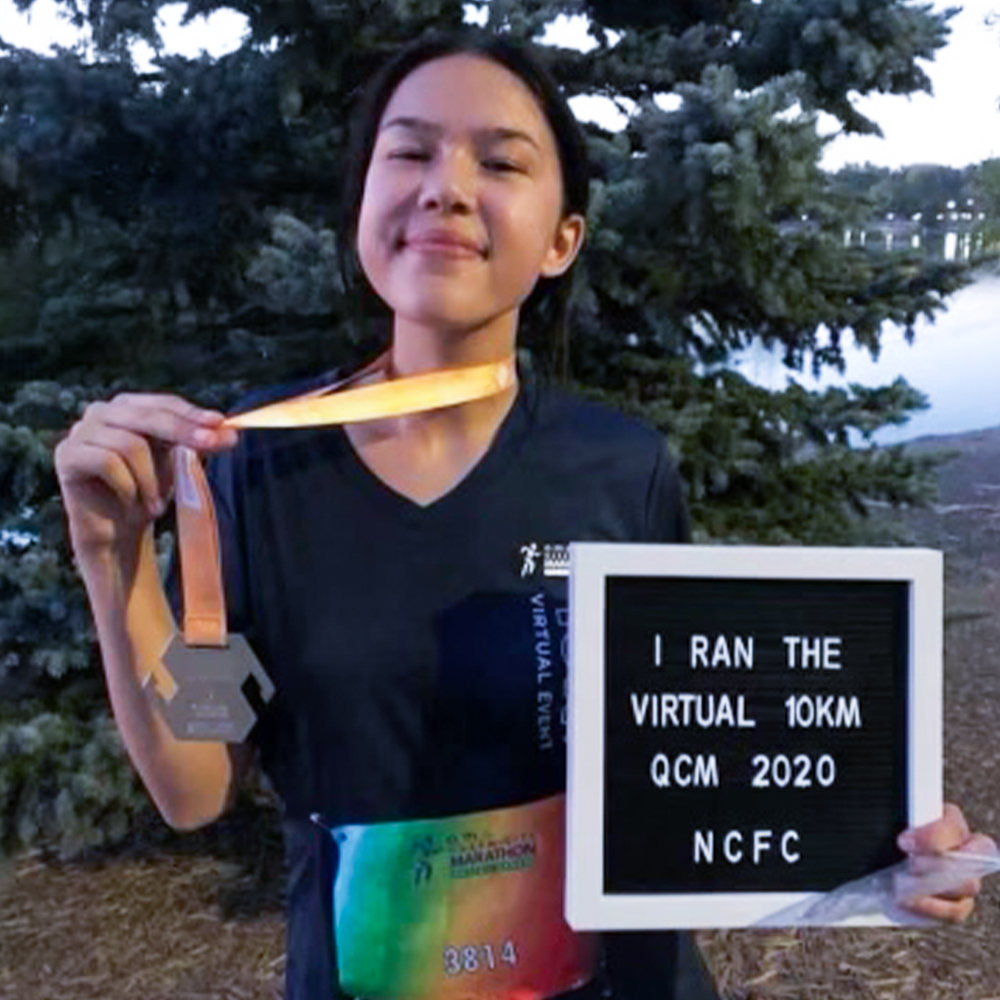 "The Centre gives kids a positive place to come. [The Centre] supports them. Some of these kids, there are families that really struggle, and the Centre being in this area to help them with things like food and meals, it’s a huge boost...”

Supporting Every Member of the Family

Though the NCFC is partially funded by Youth+Us, it aims to help more than just the young members of a family. Adding to Joyclyne’s challenges as a single parent was an ongoing addiction issue. “It was bad. At the time, my family was breaking,” says Joyclyne. The Centre recommended guidance and counselling. “I did an addictions program with Beatrice. It was so helpful. I did quite a bit of regaining of myself, and now I’m in recovery.”

When asked about how the NCFC benefits local families in the community, Joyclyne answers immediately: “Stability,” she says emphatically. “The Centre gives kids a positive place to come. [The Centre] supports them. Some of these kids, there are families that really struggle, and the Centre being in this area to help them with things like food and meals, it’s a huge boost. Even through COVID-19, the Centre did what it could to help people, organizing hampers for families, or taking their programming online.”

Joyclyne continues warmly: “This place is a family-oriented business that makes you feel like you’re part of the family. It’s about the impact they have on a lot of lives. [The Centre] has impacted my life, my daughters’ father’s life, the lives of a few people that I know personally… They continue to do that, and it ripples out further and further into the community. My daughters look at the staff – Crissy, Louie, and Carla – like parents.” 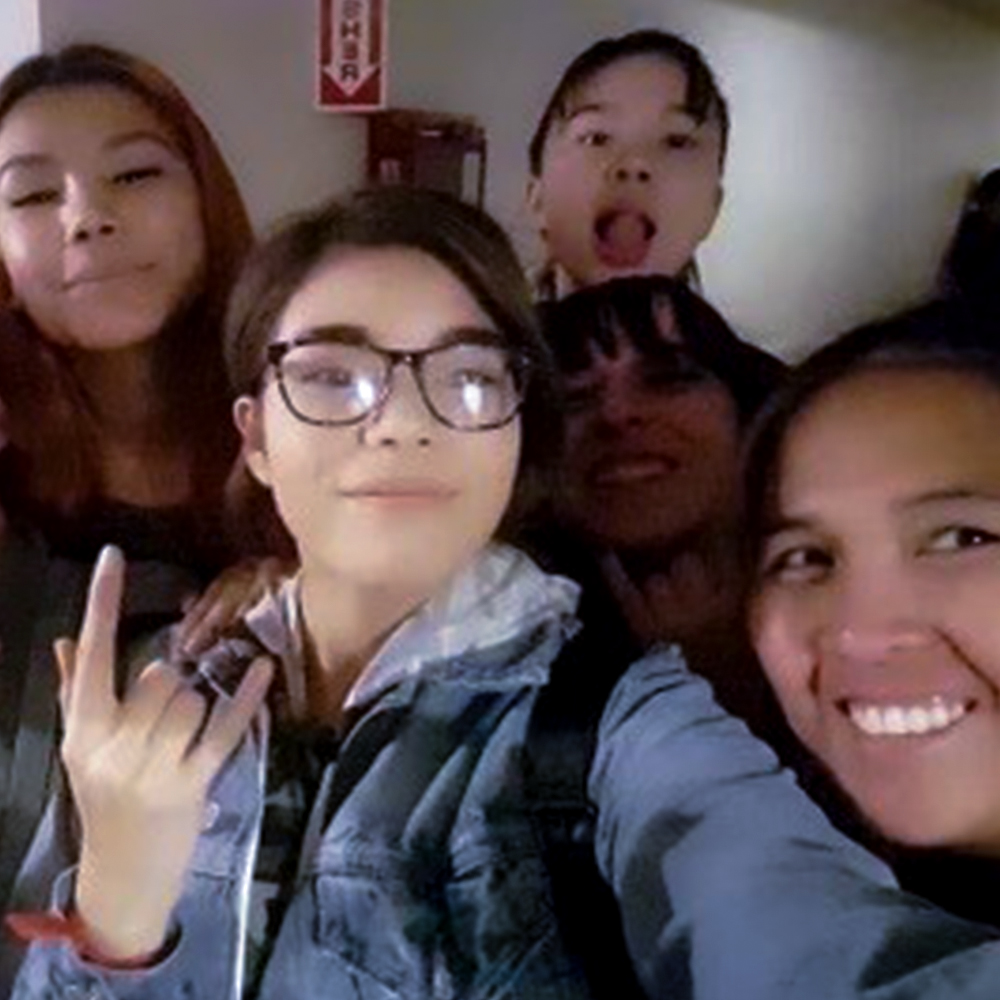