More Than Just A Game

Earlier this month, we introduced the founders of Hooplife in Regina, Andrew Gottselig and Habib Habib. Formerly high school rivals, the men became friends in college – and it didn’t take long for them to turn their love for basketball and good sportsmanship into something much more.

Beginning with a series of basketball camps aimed at teenage boys in the community, their genuinely empathetic and encouraging approach towards self-improvement – both on and off the court – gained an immense amount of support among not only the players, but their friends and parents as well. Word spread quickly, and in response, the camps were opened up to girls as well. With surging interest, Gottselig and Habib knew they were on to something special, and in 2017 they officially formed Hooplife. This was followed in 2018 with the launch of The Lab, a weekly open-practice program each Sunday which has seen skyrocketing popularity ever since – especially after its selection for support from Youth + Us, which allowed it to expand even more.

“Basketball was really an outlet for both of us to get our lives together, and we are passionate about passing down those teachings and invaluable life skills to the youth in our communities,” Habib says as he reflects on their success. “Basketball, at an early age, taught me discipline and how to be accountable and responsible for my own actions and behaviours.” Andrew backs this idea up in full, and discusses the further tangible impacts of what they do. “What the Lab does is give kids access to play basketball, barrier-free…our deeper purpose around it, and Hooplife in general, honestly, is to provide that mentorship and guidance for these kids, who really need a guiding hand – or just someone to listen to them.”

Zane Graham and Victory Amini are two teenagers involved with The Lab, who enthusiastically appreciate everything it has offered them. Both of them have struggled with difficulties at home over the years, and have thrived under the leadership and guidance of positive adult role models.

“I always wanted to play ball, but I didn’t have the right materials or people to get me there,” Victory explains. “Habib saw me playing and invited me to Hooplife, and when I got there, I saw that the kids wanted to work hard and improve – and the coaches see what you put in and give you ten times more back.”

Zane also points to the personal growth aspect of the organization. “It hit me hard when it wasn’t easy the first time,” he laughs as he recalls his first visit. “There were people way better than me. But I went a whole weekend with my brother, went home, kept practicing.” The next weekend, when he returned, “I talked with Andrew, who said he noticed the jump [in skills] after just one week.” That power of motivation is one of Hooplife’s most noticeable effects. “One camp won’t make you great,” Zane continues, “but they give you the tools to become great.”

This drive for self-improvement and healthy emotional growth extends far beyond the final buzzer and the lines of the court. The biggest benefits of all, Victory says, are those that influence his life outside of basketball, too. “I used to be so scared to ask for help, like people would judge me if I messed up…At Hooplife, they’ll say it was wrong, but they show you how to do it better next time.” He says the effect is noticeable elsewhere: his friends see the difference in his confidence, and he is even learning to open up more to his family. “My mom and I talk so much now, we’re getting closer,” he laughs.

It doesn’t take long to see the unquestionable benefits of Hooplife and The Lab on Zane, Victory, and many other Regina youths over the years. These benefits have been made possible thanks to the support of programs like Youth + Us, who offers financial assistance that goes toward supplies, administration, rentals, and other costs. And for the teenagers who enjoy the results, words are hardly enough to express their gratitude.

“If you invest in a kid, they’re going to grow up and invest in other kids,” Victory says. “That kind of supportive relationship is beautiful and I want to see more of that. It would positively impact the whole community if everyone could do that.” Zane echoes the feeling, explicitly thanking all the people who made Hooplife – and similar programs with similar missions – possible. “I want to thank them with all my heart…I don’t know where I’d be without them,” he says. “It’s really special that they’ve stepped up and made it happen.”

Both teens have a better outlook on the future than they have ever had before, knowing that they have goals to work towards and role models that will hold them accountable to improvement. Zane even states plainly, “I want to be as good of a man, on and off the court, as they [Andrew and Habib] are.” They are representative of the broad influence that a few dedicated, selfless people can have in a community, when the right support systems and encouragement are applied.

“We are realistic,” notes Andrew, “and we realize that a very small percentage of basketball players will make it to the NBA. But we can have so much fun with this game – it builds confidence, health and fitness, bonds with friends. And [youths] use all these experiences to build character and prepare for life outside the court.” 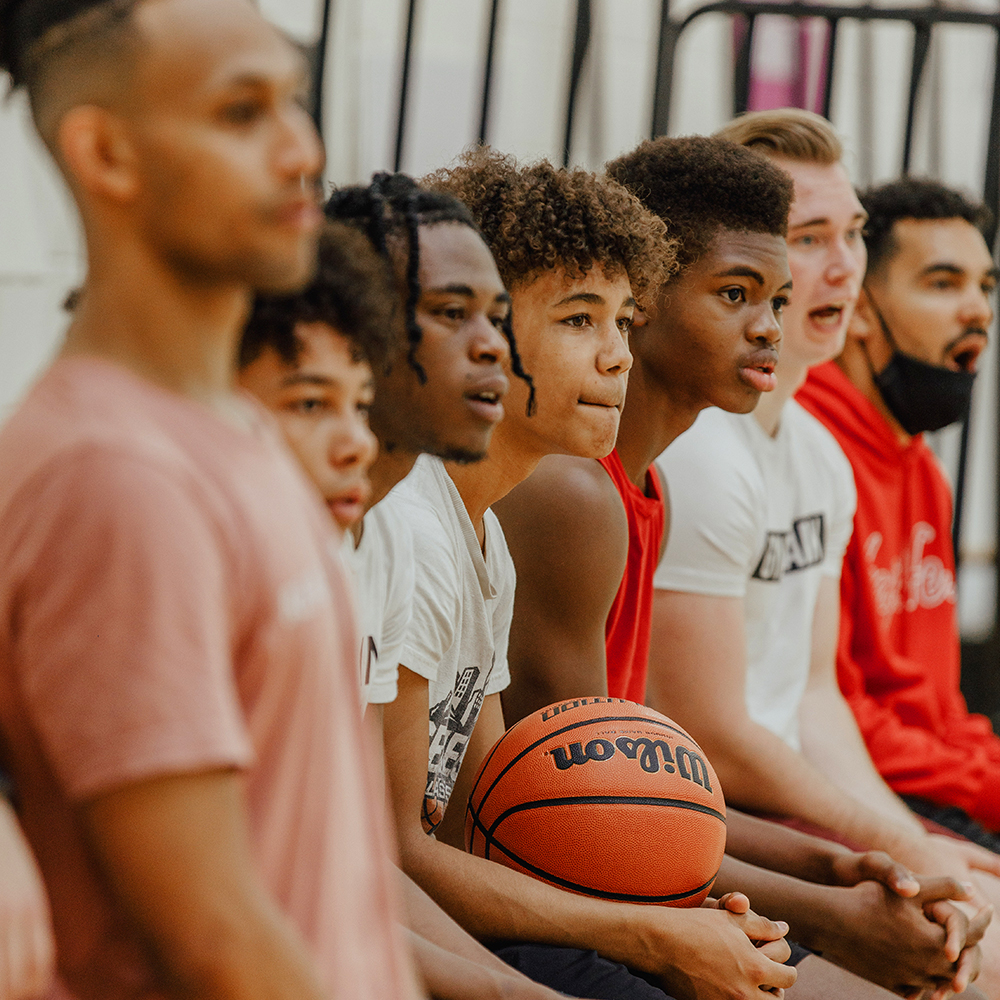