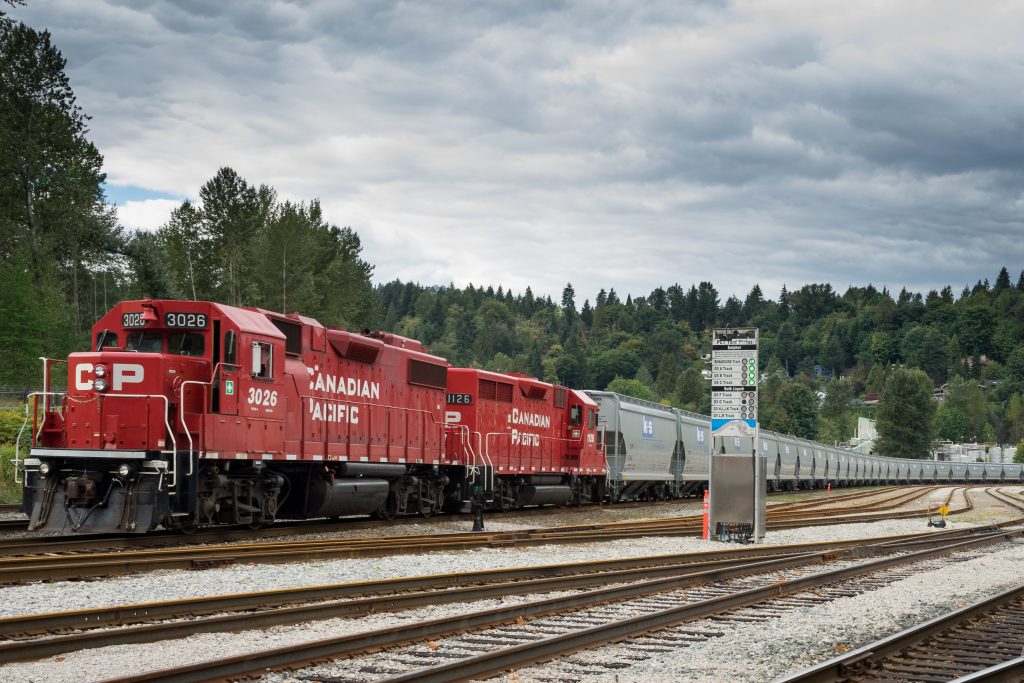 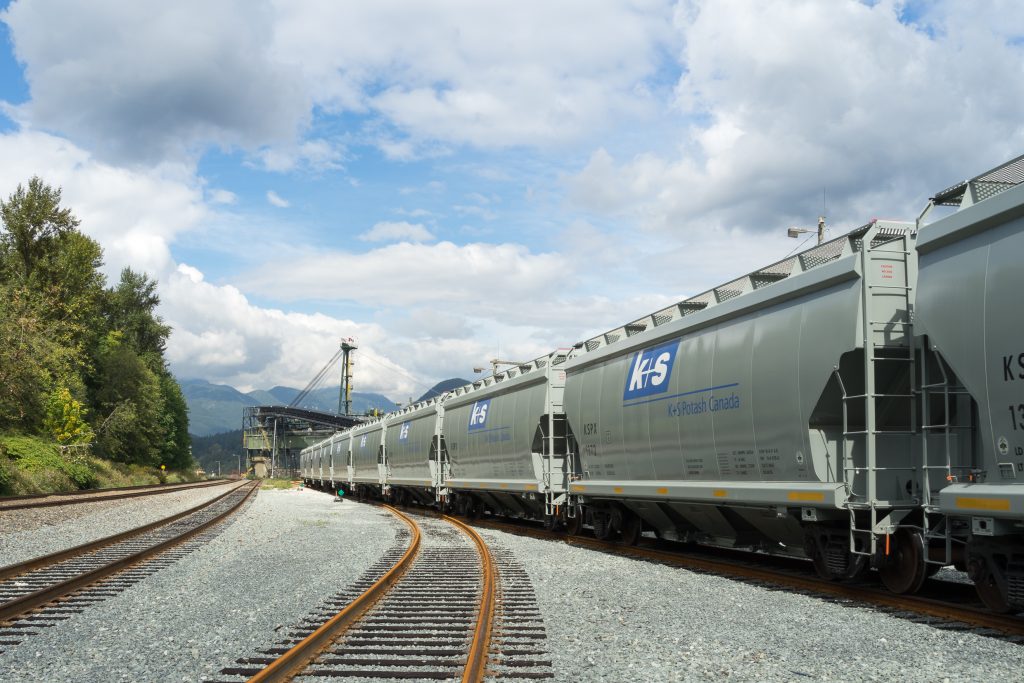 Port Moody, BC – Yesterday, the first large rail transport with a total of 122 rail cars from the Bethune mine in Saskatchewan arrived at K+S Potash Canada’s (KSPC) potash handling and storage facility in Port Moody, BC.

The almost 2-kilometer-long unit train was loaded with about 13,000 tonnes of MOP standard potash and was pulled by four Canadian Pacific (CP) locomotives. The 1,800-kilometer-long route through the Rocky Mountains took three days. Since the end of July, several smaller trains have already transported the potash produced from Bethune to Vancouver.

“With this first major rail transport we have reached another milestone”, says Dr. Burkhard Lohr, Chairman of the Board of Executive Directors of K+S Aktiengesellschaft. “As planned we will have capacity to produce up to two million tonnes at the Bethune mine annually by the end of the year.”

The arrival of the first unit train also marks a significant milestone for Canadian Pacific. CP had connected the Bethune mine to the existing rail network with a new, 30-kilometer-long link. For CP, this was the largest rail infrastructure project since the mid-1980s.

“We are incredibly proud to serve K+S Potash Canada’s Bethune mine,” said John Brooks, CP’s Chief Marketing Officer and Senior Vice-President. “From origin to destination, we look forward to delivering for K+S and its international customers for years to come, and commit to doing so safely and efficiently.”

Over the next few weeks, additional unit trains will transport potash from the Bethune mine to the handling and storage facility in Vancouver. In October, the first vessel loaded with potash will then leave the port, destined for customers in Asia.