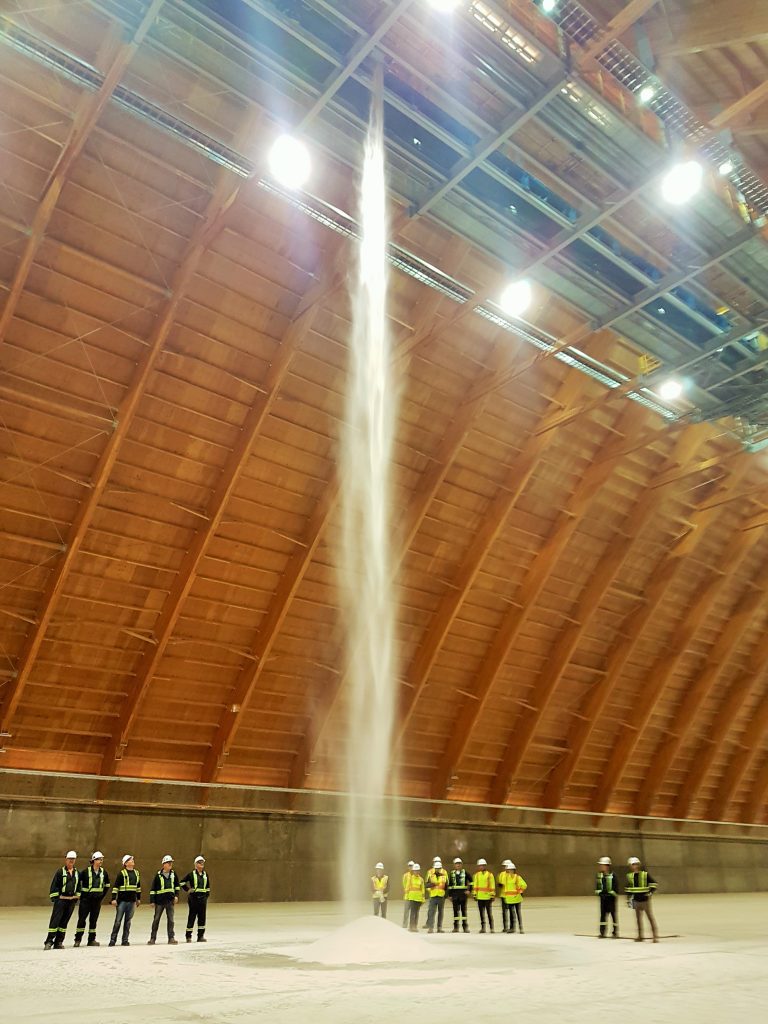 Earlier than expected, K+S has produced the first tonnes of marketable potash in its new Bethune potash mine in Saskatchewan this weekend.

“This is a great day for our company,” says Dr. Burkhard Lohr, Chairman of the Board of Executive Directors of K+S Aktiengesellschaft. “With Bethune, the most modern potash facility in the world, we are pushing into a new dimension. We are now producing potash on two continents,” Lohr continued.

K+S intends to produce 600,000 to 700,000 tonnes of potash in the Bethune mine this year. The annual production capacity of 2 million tonnes is expected to be reached by the end of 2017.

The first potash transport from Bethune to the new harbor terminal at Vancouver should leave during August. From there the potash will be shipped to clients around the world.

“Our team on site under direction of Dr. Ulrich Lamp has achieved an extraordinary performance. Therefore they receive the thanks of us all,” concludes Dr. Lohr.

K+S is an international resources company. We have been mining and processing mineral raw materials for more than 125 years. The products we produce from them are used worldwide in agriculture, food and road safety and are important elements in numerous industrial processes. Potash and salt are integral nutrients for the megatrend of a constantly growing and increasingly prosperous global population striving for a higher standard of living. This will result in increasing consumption of mineral resources. We serve the resulting growth in demand from production sites in Europe, North America and South America as well as through a global distribution network. K+S is the world’s largest salt producer and one of the top potash providers worldwide. With more than 14,000 employees, K+S achieved revenues in financial year 2016 of about € 3.5 billion and an EBIT of € 229 million. Learn more about K+S at www.k-plus-s.com.