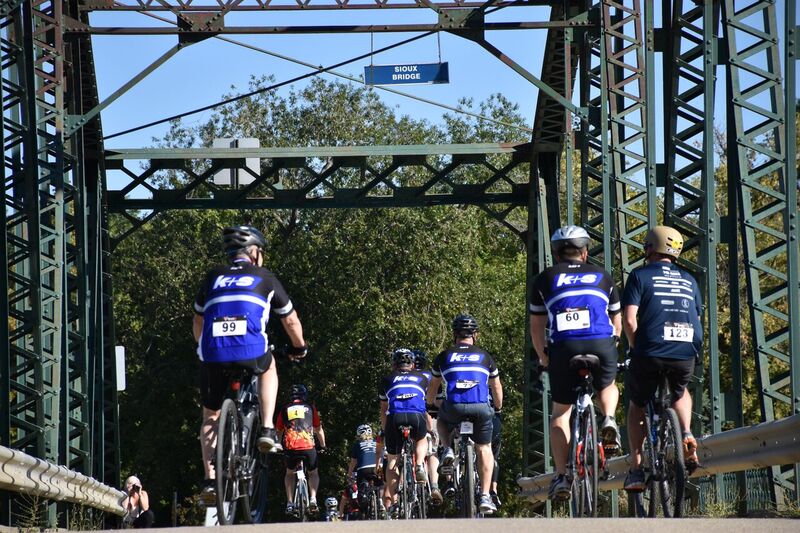 K+S Potash Canada (KSPC) was title sponsor of two cycling events in Saskatchewan this fall that raised a total of $435,000 for multiple sclerosis (MS) research and programming in Canada. This is the third consecutive year that K+S served as the title sponsor of the MS bike tours in Saskatchewan, which features rides in Moose Jaw and Waskesiu. KSPC Senior Communications Specialist Maeghan Dubois says KSPC is pleased to champion a cause that has particular importance to people in this province.

“We know Saskatchewan has one of the highest rates of MS in Canada,’’ says Dubois. “The MS bike tour is one way that we can have a broad and positive impact right across the province. It’s also a good fit for KSPC and our employees because the bike tour locations are in close proximity to our site and Saskatoon locations. It’s wonderful to see colleagues engage in the events – either through volunteering or riding.’’

The K+S MS Southern Bike Tour in Moose Jaw was a two-day, 150-km ride that took place on August 20-21. Approximately 125 riders, who raised a minimum $295 each in donations, participated in one or both days of the ride, according to Eric Lett, captain of the five-member K+S team and Primary Mining Superintendent at KSPC’s Legacy site. “It’s fantastic to be able to give to the MS Society and then talk to the people who benefit when they come out to support the ride,’’ says Lett. “It’s a great way to give back to the community.’’

Deb MacFadden, Human Resources Advisor at KSPC’s head office in Saskatoon and captain of the 23-member KSPC team at the K+S MS Northern Bike Tour in Waskesiu, participated in her seventh ride on September 17 and says the annual ride has become a fulfilling affair. “It’s a great weekend and a fun family event,’’ MacFadden says of the 55-km ride. “But you also get to meet people with MS and hear how their medication has helped them. You feel you’re contributing to that, and it’s very satisfying.’’ About 400 people participated in the Waskesiu ride.

The money raised through MS rides across Canada is split between research and services such as newly-diagnosed kits, educational sessions and support groups, says Maggie Lens, MS Manager of Development for Northern Saskatchewan. Since diagnosis typically occurs between the ages of 15 and 40, MS is a young person’s disease that often strikes those about to start a family or establish a career, she says. “We are fortunate that we’re now funding research here in Saskatchewan,’’ says Lens. “In addition to other benefits, research provides hope.’’