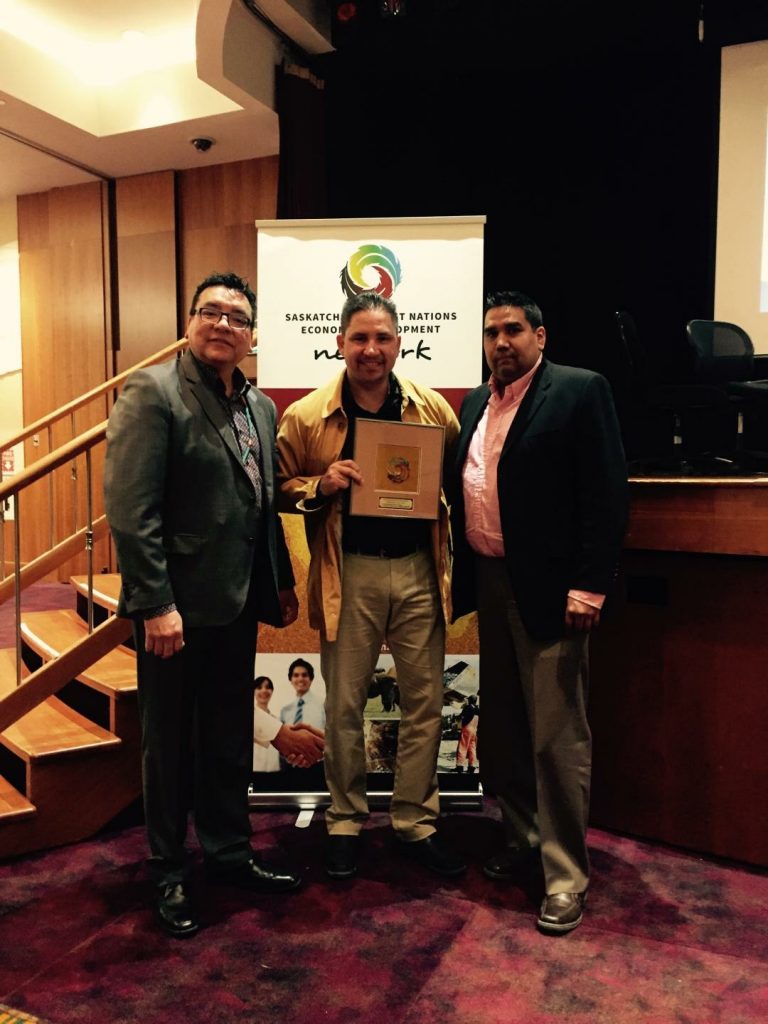 Terry Bird is an Ashinabe man from George Gordon First Nation. He lives in Saskatoon, and is 2016’s individual of the year, named by the Saskatchewan First Nations Economic Development Network (SFNEDN).

Bird has worked in the public and private sector over the years. Taking on the role as the lead for First Nation and Metis initiatives with K+S Potash Canada has been rewarding and empowering, he said.

“It’s always good to walk onto our site, and see what I see on our site. I see our First Nations people looking after our roads, they’re looking after our security. I mean, I see them putting together our steel, then I see them cleaning our offices and some of them are obviously in the trades – it’s fantastic. And they’re working alongside our non-Native brothers and sisters and working like it should have been, like in the 1870s when we signed treaties,” he said.

He’s behind two policies that were created three years ago to get Metis and First Nations people into business with the company.

Bird gives credit to K+S for acknowledging the need for engagement with indigenous people.

“I don’t like to get into legal stances but my stance as a First Nations person working with an organization  is look, this is the right thing to do, outside of the court ‘s judgments and systems, it’s the right thing to do. First Nations people should be benefitting from industry, I mean for God’s sakes they’re across the road, they’re nearby, why aren’t they involved?”

With two forward-looking policies for K+S Potash Canada’s operations across Canada now under his belt, Bird has a big role in building partnerships between K+S and indigenous entrepreneurs.

Making those connections means you have to pound the pavement, but Bird laughingly said in most cases on First Nations he’s pounding the gravel.

“Every day I’m meeting with a new entrepreneur and giving them some guidance on how to get involved with our supply chain,” he said, adding that “some of the things we’re looking for in regards to services and goods we’re going to be needing today and for the future.”

Receiving the SFNEDN’s ‘individual of the year’ award is a significant honour, he said. Bird points out the up-and-coming businesses he deals with are fueling competition for these awards.

“They’re catching on fast, don’t kid yourself. I’m getting a lot of First Nations people that are working on our site with their businesses and they’ve got some contracts and they’re looking ofr more all the time. So there’s that other element, they’re happy to be working for us but they’re hungry, they’re looking for more,” he said.

A big goal this year is for K+S’s Human Resources department to hire in a way that reflects the population, Bird said.

He points out that by 2020 it’s expected 17 to 20 per cent of Saskatchewan’s people will be of First Nation and Metis descent.