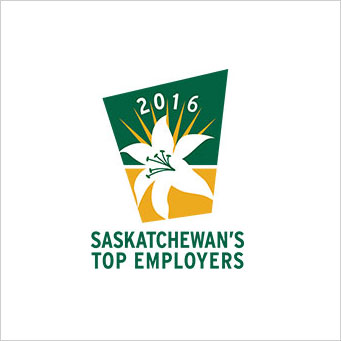 Saskatoon, Saskatchewan – K+S Potash Canada GP (KSPC) is very excited to announce it’s been selected as one of Saskatchewan’s Top Employers for the third year in a row. This special designation recognizes companies in Saskatchewan who offer an exceptional workplace for their employees.

“It’s a true honour to be recognized as one of Saskatchewan’s Top Employers,” said Dr. Ulrich Lamp, President and CEO of KSPC. “Since K+S Potash Canada arrived in Saskatchewan we have been busy developing our culture from the ground up. Each employee has played a special role in making KSPC what it is today. We are proud of our accomplishments and we look forward to welcoming more employees to the team this year.”

K+S Potash Canada will be hiring more than 100 operators and tradespeople in the next few months, to work in the production and maintenance areas at the Legacy Project, its solution potash mine currently being constructed near Bethune. Maryann Deutscher, Senior Manager, Human Resources at KSPC, believes this award is a reflection of the exceptional organization each employee has helped develop.

“Everyone at KSPC has worked together to build a workplace that is like a family; one that welcomes new ideas, has fun and is truly a team,” says Deutscher. “KSPC is a wonderful place to work, and it’s the people that make all the difference.”

Saskatchewan’s Top Employers is an annual competition organized by the Leader-Post and The Star Phoenix. Employers are evaluated by the editors of Canada’s Top 100 Employers using the same eight criteria as the national competition: (1) Physical Workplace; (2) Work
Atmosphere & Social; (3) Health, Financial & Family Benefits; (4) Vacation & Time Off; (5) Employee Communications; (6) Performance Management; (7) Training & Skills Development; and (8) Community Involvement. Employers are compared to other organizations in their field to determine which offers the most progressive and forward-thinking programs.

K+S Potash Canada GP is part of the K+S Group, an international resources company. We have been mining and processing mineral raw materials for over 125 years. The products we produce from them are used worldwide in agriculture, food and road safety and are important elements in numerous industrial processes. Potash and salt are integral nutrients for the megatrend of a constantly growing and increasingly prosperous global population striving for a higher standard of living. This will result in increasing consumption of mineral resources. We serve the resulting growth in demand from production sites in Europe, North America and South America as well as through a global distribution network. K+S is the world’s largest salt producer and one of the top potash providers worldwide. With more than 14,000 employees, K+S achieved revenues in financial year 2014 of about € 3.8 billion and an EBIT of € 641 million. K+S is the commodities stock on the German DAX index. Learn more about K+S at www.k-plus-s.com.

K+S is putting its more than one hundred years of mining experience and world-class expertise to work on the Legacy Project, a potash solution mine and production facility being built near Moose Jaw. It will be the first new greenfield potash mine built in Saskatchewan in almost forty years. Commissioning is targeted for the summer of 2016. K+S projects it will reach two-million-tonnes of production capacity by the end of 2017. The Legacy Project will mean new job opportunities for Saskatchewan workers, and new business opportunities for Saskatchewan companies supplying goods and services to this major economic development. K+S is growing Saskatchewan, while providing the potash that is needed to help feed a growing world population. More information at www.ks-potashcanada.com.