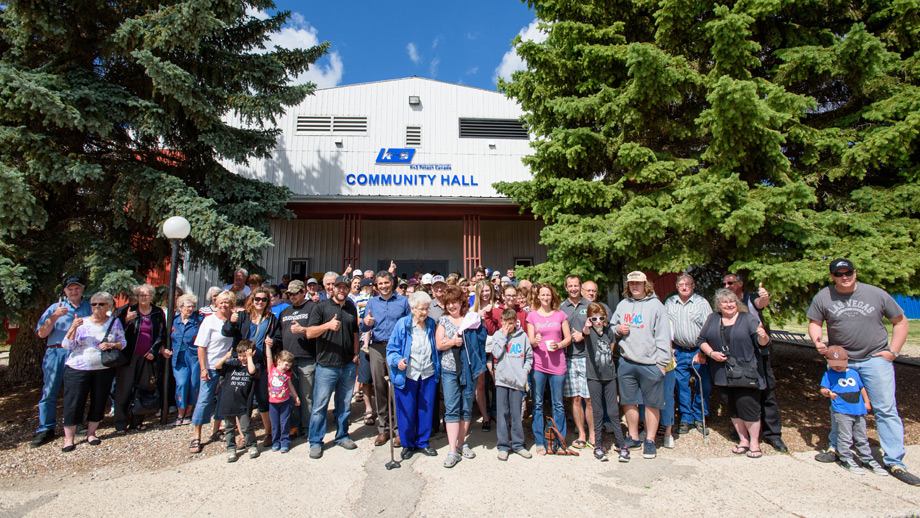 Higher than normal rainfall and a large increase in traffic due to construction were taking a heavy toll on approved site access roads in the vicinity of the Legacy mine in southern Saskatchewan. When the issue was raised at a meeting of the Joint Road Management Committee established to deal with such matters, the Rural Municipality of Dufferin, K+S Potash Canada (KSPC) and Legacy Project construction management company Amec Foster Wheeler agreed a new road grader was needed to help address the problems.

Dufferin RM administrator Rodney Audette says KSPC’s contribution for the grader will go a long way toward improving road conditions in the area.

“That additional grader should allow us to double the frequency in which those roads are being maintained,” says Audette.

Bethune and region residents will also benefit from a new sponsorship agreement between KSPC and the board of directors of the Bethune Community Hall, now known as K+S Potash Canada Community Hall.

“Youth groups and clubs in a lot of small communities struggle to get by,” says Randy Sigmeth, president of the community hall board of directors. “K+S Potash Canada’s sponsorship will allow us to give them a discount on rental fees for the hall.”

Sigmeth says some of the money also will go toward upgrading and modernizing the 40-year-old facility, which is beginning to show its age.

“These are just a few examples of how KSPC is supporting the communities where we operate and working together to address common issues,” says Farris.