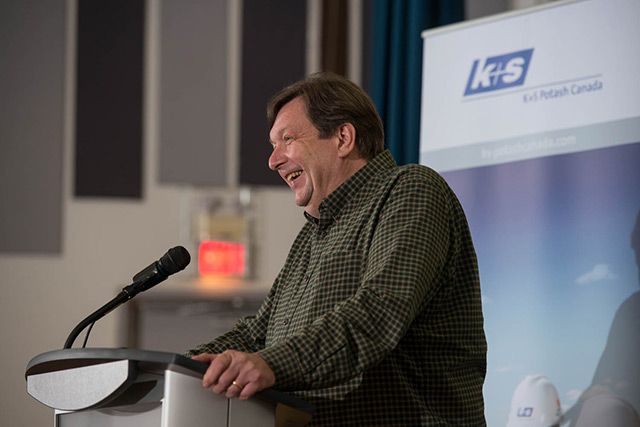 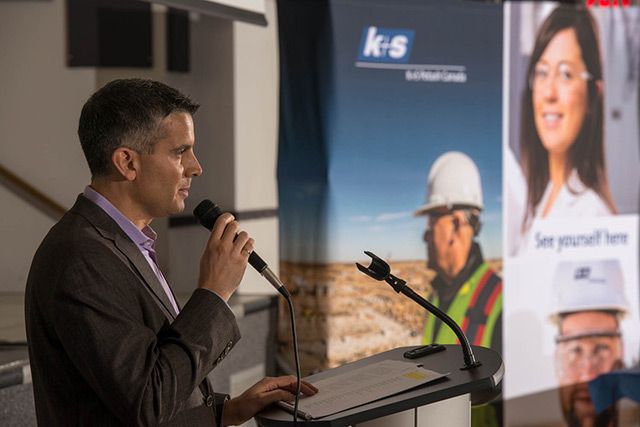 “The Legacy Project continues to move forward, on time and on budget,” said Dr. Ulrich Lamp, President and CEO of KSPC. “The ECD milestone is another indication of the tremendous progress we have achieved since acquiring Legacy in 2011.”

ECD, or Early Cavern Development, is the name given to the facilities that enable the development of drilled wells into caverns capable of supplying potash-rich brine to the process plant. On March 5, KSPC commenced cavern development with the injection of water into the production wells for the first time. This marks the beginning of a multi-year development program that will lead to project commissioning in the summer of 2016.

“K+S Potash Canada is on the way to developing the caverns it needs to meet its production objectives for Legacy,” said Sam Farris, Vice President and General Manager of Operations. “This has been a joint team effort by KSPC, Legacy Project team members, regulatory authorities and stakeholders. We will continue to follow this integrated approach to meet our project objectives.”

K+S Potash Canada GP is part of the K+S Group, an international resources company. We have been mining and processing mineral raw materials for 125 years. The products we produce from them are used worldwide in agriculture, food and road safety and are important elements in numerous industrial processes. Potash and salt are integral nutrients for the megatrend of a constantly growing and increasingly prosperous global population striving for a higher standard of living. This will result in increasing consumption of mineral resources. We serve the resulting growth in demand from production sites in Europe, North America and South America as well as through a global distribution network. K+S is the world’s largest salt producer and one of the top potash providers worldwide. With more than 14,000 employees, K+S achieved revenues in financial year 2013 of about € 4 billion and an EBIT of € 656 million. K+S is the commodities stock on the German DAX index. Learn more about K+S at www.k-plus-s.com.

K+S is putting its more than one hundred years of mining experience and world-class expertise to work on the Legacy Project, a potash solution mine and production facility being built near Moose Jaw. It will be the first new greenfield potash mine built in Saskatchewan in nearly forty years. Commissioning is targeted for the summer of 2016. K+S projects it will reach two-million-tonnes of production capacity by the end of 2017. The Legacy Project will mean new job opportunities for Saskatchewan workers, and new business opportunities for Saskatchewan companies supplying goods and services to this major economic development. K+S is growing Saskatchewan, while providing the potash that is needed to help feed a growing world population. More information at www.ks-potashcanada.com.