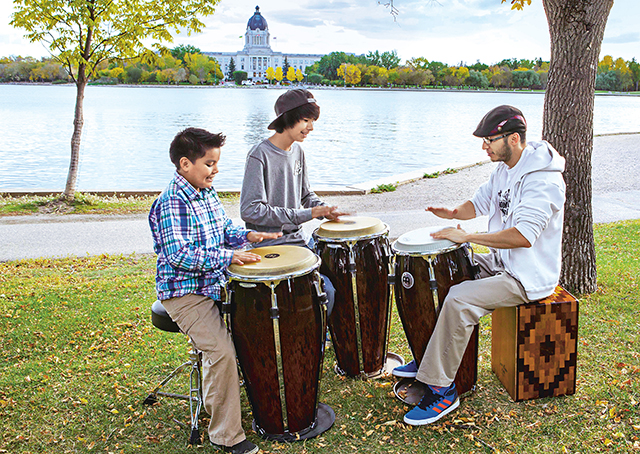 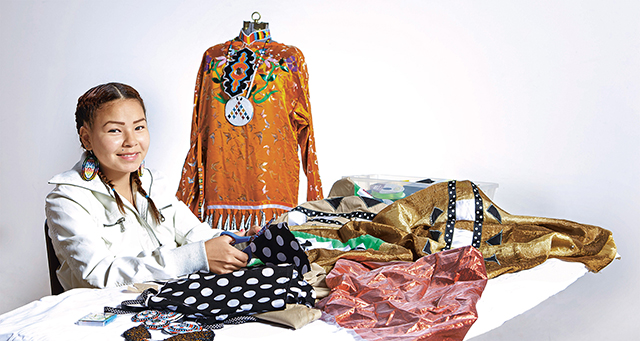 Doing a good deed while generating public interest in the company: K+S Potash Canada collected donations as part of a campaign on Facebook and the company Website

Guitar lessons on Tuesday and hip- hop dance class at the end of the week – that can be a normal schedule for many kids, but not for children growing up in low-income homes. ‘Creative Kids Saskatchewan’ wants to change all that. The not-for-profit organization based in the Canadian province of Saskatchewan aims to help children take part in creative activities. Thanks to the ‘Holiday Giving Campaign’ initiated by K+S Potash Canada (KSPC), 30 children will now be receiving lessons in dance, music, art, or theater one day a week. “They start looking forward to it days in advance,” says Christie Nenson of Creative Kids Saskatchewan.

Christine Jefferies from the KSPC communications department came up with the idea for the campaign two years ago. She was looking at ways to combine the goal of generating public interest in the company while giving back to the community — and how to do so most effectively. She achieved her objective using social media and the company website. “It works really well,” explains Maeghan Dubois, Communications Specialist at KSPC. Four not-for- profit organizations took part in the campaign in 2013: the Children’s Hospital Foundation of Saskatchewan, Creative Kids Saskatchewan, the Multiple Sclerosis Society of Canada (Saskatchewan Chapter), and the Canadian Red Cross Saskatchewan.

Employees, as well as their friends and families, the length and breadth of the country all took part.

Sebastian Famulok from K+S IT Services in Kassel, Germany, lent a hand to his KSPC colleagues by developing an online tool to allow all supporters to ‘share’ the campaign on social media. “All they had to do for KSPC to donate a dollar to their charity of choice was to go to the company website, click the star, and share the picture with the description of the campaign on Facebook. The campaign was then featured on the user’s profile where all of their Facebook friends would be able to see it,” says Famulok. The four organizations also worked hard to promote the campaign, and word of the K+S Potash Canada charity campaign spread like wildfire. Maeghan Dubois: “Employees, as well as their friends and family across the country, all took part.” At the end of the 14-day campaign, KSPC decided to round up the final amount donated, which meant that the four not-for-pro!t organizations each received CAD$10,000.

The charities decide how the donated money is spent. For example, Red Cross Communications Coordinator Candace Lamb says, “We used this money to educate the youth of Saskatchewan on the issue of bullying.” As part of this initiative, the organization purchased pink T-shirts for 21,000 children and teens. “This was only possible thanks to the unbelievable support we received from K+S,” says Lamb. The youngsters are now rallying together at demonstrations, public talks, and film events to fight against psychological intimidation.

“The point is to improve the communities in which we do business,” explains Dubois. “It is primarily the people of Saskatchewan who benefit, and they are extremely grateful for the generosity shown by KSPC. We wanted to get as many people involved as possible and the success of this campaign shows that we have achieved our goal.” The next ‘Holiday Giving Campaign’ is already being planned for December this year.

Above and below: The charity ‘Creative Kids Saskatchewan’ can also use the donations to finance drumming lessons and sewing classes for children.